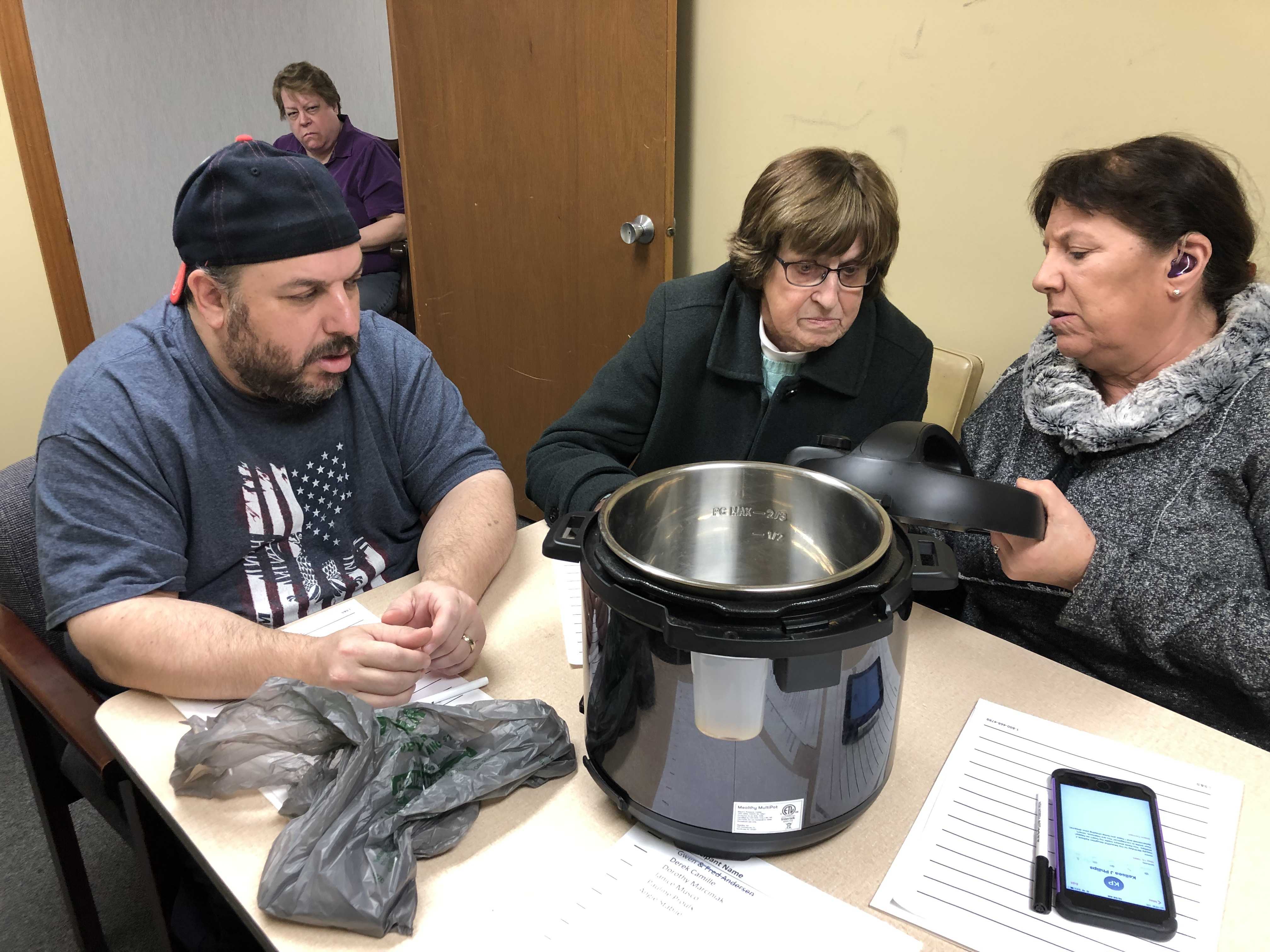 Electric pressure cookers have become an integral part of a lot of kitchens these days. Originally introduced in the 1990’s, the appliances have recently become more popular for the quick and easy way that they prepare food.

Unlike the traditional stovetop pressure cooker which some people feared might fail and explode, the electric pressure cooker has numerous safety features that make it very easy to use and very safe.

Utilizing high heat and pressure, the electric pressure cooker is able to cook food in much less time than traditional cooking methods while also adding a lot of flavor and maintaining nutrients.

In May, IN-SIGHT Executive Director Chris Butler led two workshops about the appliances which he uses at home all the time. Chris went through the various parts of the cooker, explained ways that they can be adapted for people with vision loss, including demonstrating one model that can be connected to your phone or tablet via wifi and then controlled using the voice over or magnification features.

Chris then demonstrated how easy to use the electric pressure cooker is by making chicken and potatoes as well as spaghetti and meatballs, all of which the participants enjoyed for lunch along with cheesecake that was made in the Instant Pot the night before.

What are smart devices and...