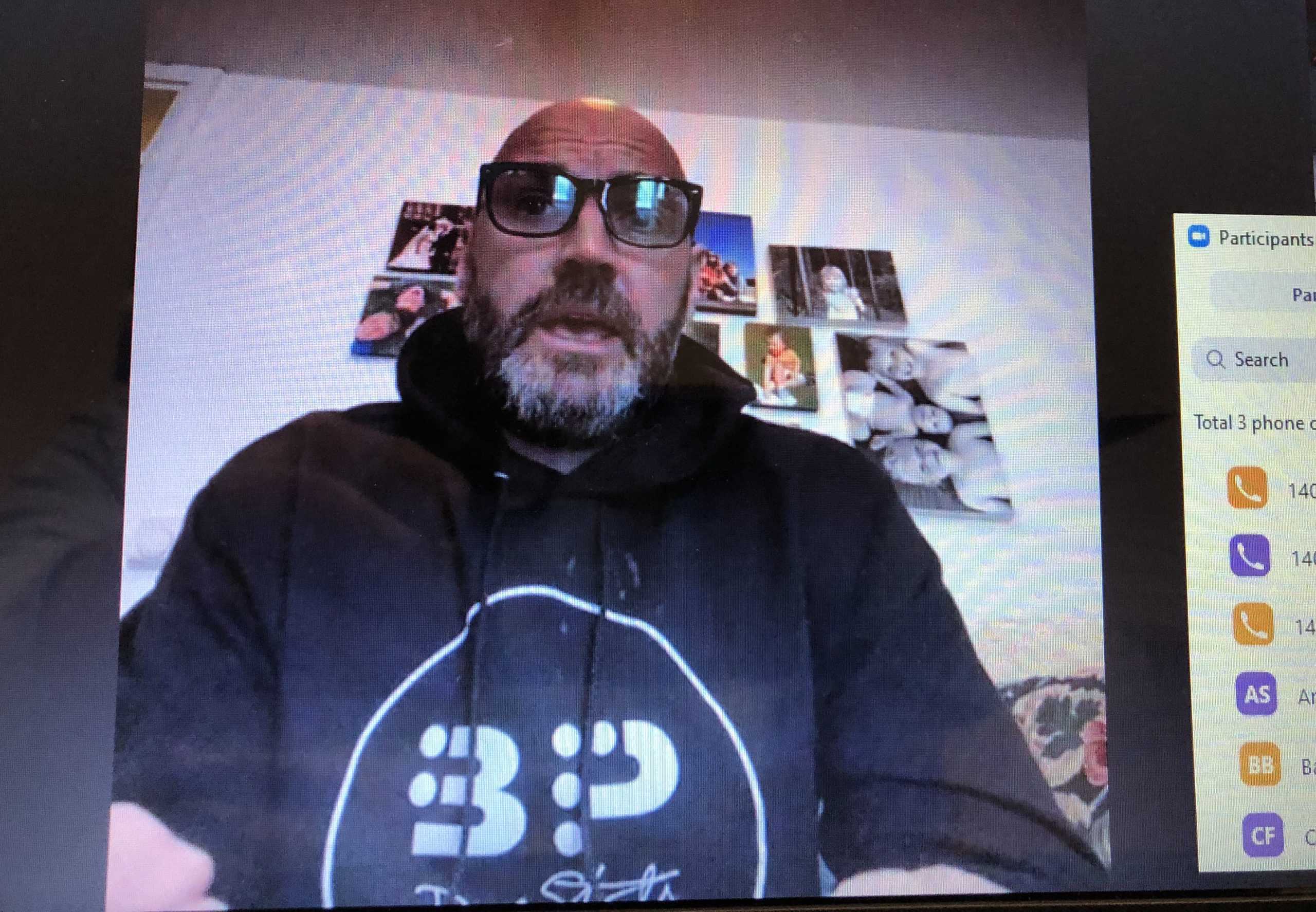 Dave Steele was a working musician driving himself from gig to gig throughout England when he suddenly began losing his vision due to retinitis pigmentosa. Soon his vision had decreased to a point where he could no longer drive, which meant losing his livelihood.

To make matters worse he and his fiance just had a baby and Dave worried that he may have passed RP, which is hereditary, on to his child.

How people deal with these traumatic life events varies tremendously. For Dave, it meant pouring his heart, soul, and strong emotions of sadness, fear, and anger into poetry.

At first, he shared his work with strangers via Facebook support groups for people living with vision loss. The reaction was so positive that it has led to three published books filled with his work. He now travels internationally speaking about blindness and offering hope and support to people who face the same challenges that he has learned to overcome.

Dave joined us in mid-April via Zoom video conferencing to tell his story, share some of his poetry, and to answer questions from the more than two dozen people who participated.

To learn more about Dave Steele and his work, click this link.

Among the many things that...