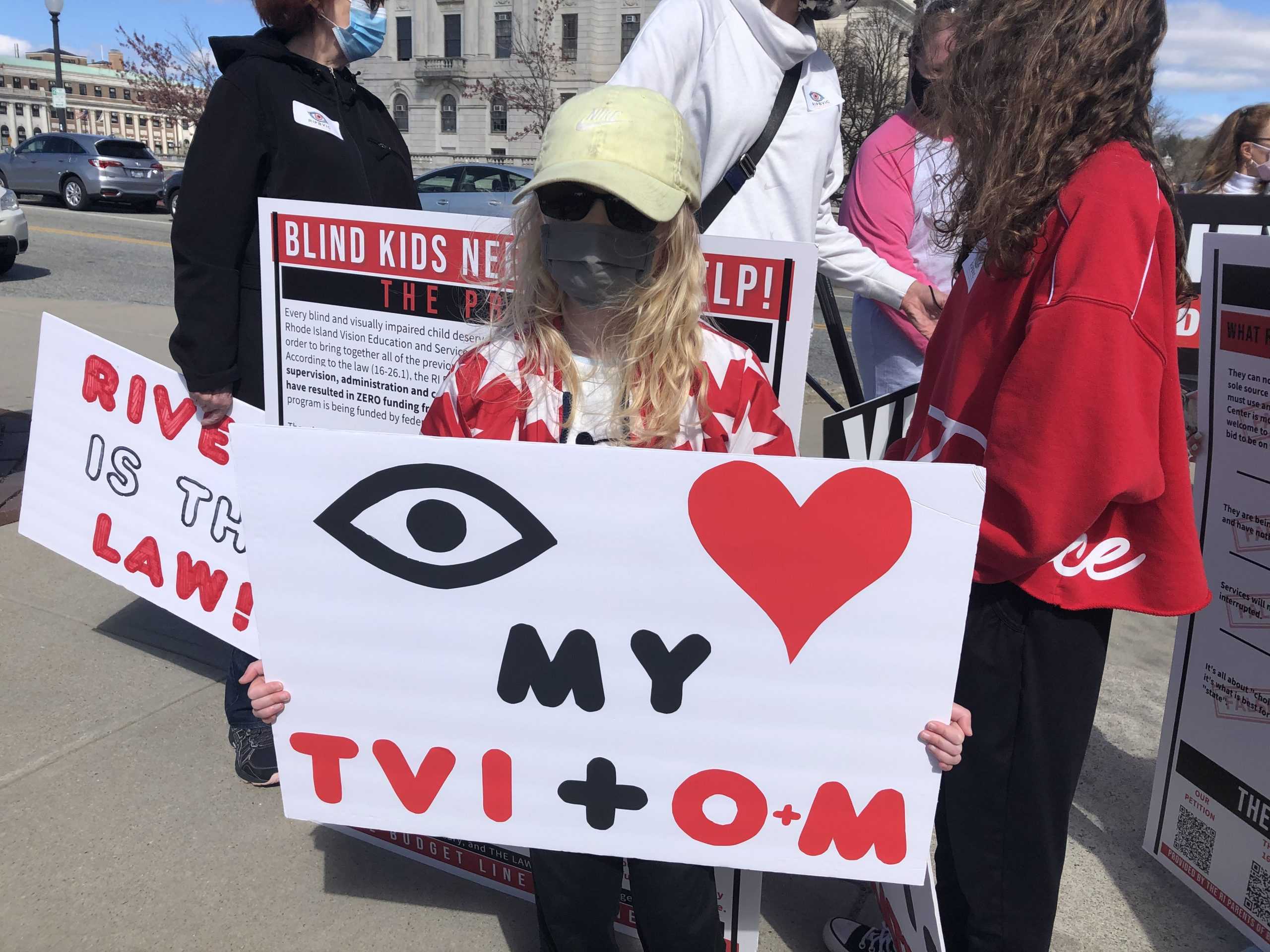 Changes to the way educational services for students who are blind and visually impaired are funded could have a negative effect on the people they are meant to help. IN-SIGHT Executive Director Christopher Butler recently shared his thoughts on this topic through an opinion piece that was printed in the Providence Journal on May 3, 2021:

In 2002, frustrated that blind and visually impaired children could not fully access the services and support they needed to be successful in school, a group of parents and advocates pleaded their case before the Rhode Island House Finance Committee.

Their pleas were heard and the legislature formed a commission to investigate the issues and develop recommendations to improve educational and social outcomes for these children. After three years of study, the commission filed its final report in 2005 outlining recommendations, based on best practices, for building a comprehensive system of services and supports for all children living with visual impairments.

The centerpiece of the report was the establishment of the Rhode Island Vision Education and Services Program (RIVESP), which was to be housed at the Sherlock Center on Disabilities at Rhode Island College. The program was tasked with providing specially trained professionals to school districts in order to support the goals of their blind and visually impaired students.

The commission also recommended the formation of a Special Advisory Board to the Rhode Island Department of Education. The advisory board was tasked in state law (RIGL 16-26.1) with recommending to RIDE policies for the effective management and oversight of the program.

Through the years RIVESP achieved great success. The staff grew to a total of thirteen highly trained and respected teachers who now serve the majority of Rhode Island’s blind and visually impaired students.

As often happens when things are going well, those of us tasked with advocating for this population took our eyes off the ball. After a while, the Advisory Board went dormant and the required annual reporting to the legislature stopped. State funding for the program was eventually eliminated and the majority of the costs were passed along as an unfunded mandate to local school districts.

Recently RIDE opted to end its longtime contract with the Sherlock Center for the RIVESP program and began soliciting bids, primarily from out-of-state providers. The loss of the federal grant funds tied to this contract has led to preliminary layoff notices for the entire staff of RIVESP effective July 1.

While the RIVESP Advisory Board was reconstituted a year ago, the group has never issued formal recommendations on the future of the program.

The families of the students who are served by this program are rightly outraged. They are fearful that the services that have been so integral to their children’s success are being summarily dismantled.

As someone who has worked in the blindness field for more than fifteen years, I have watched kids who I first met when they were in elementary school now pursuing their college degrees, successfully starting their first jobs, and beginning to create their own families. They are young adults who are independent, confident, and self-assured.

While their families deserve the credit for raising such great people, they would be the first to tell you that they could not have done it without the support that they received from the RIVESP staff.

I fear that we are now seeing history repeat itself, with concerned parents and advocates once again pleading their case before the state legislature for quality services for blind and visually impaired youth.

In 2005, a group of experts in the field determined that RIVESP was a high-quality, effective, educational model deserving of state support. That is as true today as it was then. I am hopeful that the state legislature will fund this valuable resource in the forthcoming budget and beyond.

Changes to the way educational...