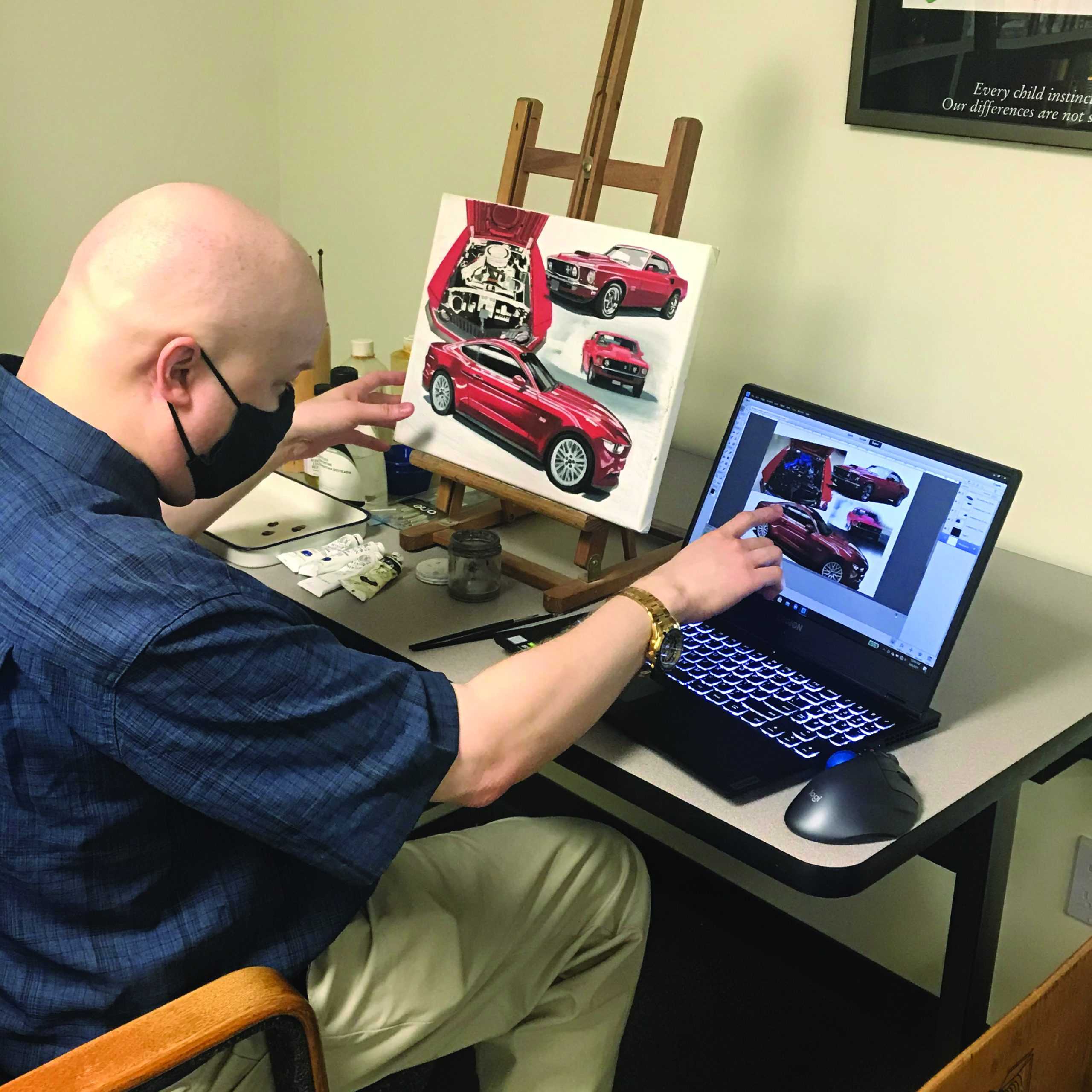 At a recent Positive Outlook support group meeting, the featured speaker was a talented artist who exemplifies the power of positive thinking.

Raymond Gonsalves has been living with visual impairment since birth, but he has never allowed those challenges to deter him.

Ray’s interest in art started at a young age, following the example of his brother, an accomplished artist in his own right.

In middle school, Ray found that he had a knack for drawing and started sketching cars and scenery. His talent got noticed and he began working as a freelance artist, painting various murals, and being featured in several clubs in the Providence area.

As he advanced through school, he received formalized training in his craft, becoming involved in an art magnate program, and then attending the University of Rhode Island where he attained a Bachelor of Fine Arts. He has also attended the Rhode Island School of Design for graphic arts and filmmaking. His artwork has been featured in several art shows in Rhode Island.

Ray paints in a highly realistic style and very much enjoys painting cars. He usually begins with a line sketch on canvas in pencil to map out the overall composition of the piece. After the line sketch has been completed, Ray begins the painstaking process of filling the lines with paint.

He checks his reference photo on a laptop, employing a zoom-in feature to enlarge a single section, becoming the focus for his painting session. It is a slow process of zooming into the image on his laptop and then using a handheld magnifier to assist him in applying the paint to the canvas.

Though his paintings are very realistic, Ray also employs his own creativity, making modifications or adjusting the backgrounds to whatever he likes.

Besides painting, Ray has developed many other artistic endeavors, including graphic design,
filmmaking, 3D printing, and more recently digital music.

When asked what his challenges are, Ray could not think of any, except for one – he has too many projects to finish! Ray is proof that a positive outlook goes a long way in reaching your goals.

Participants in our ceramics workshops...