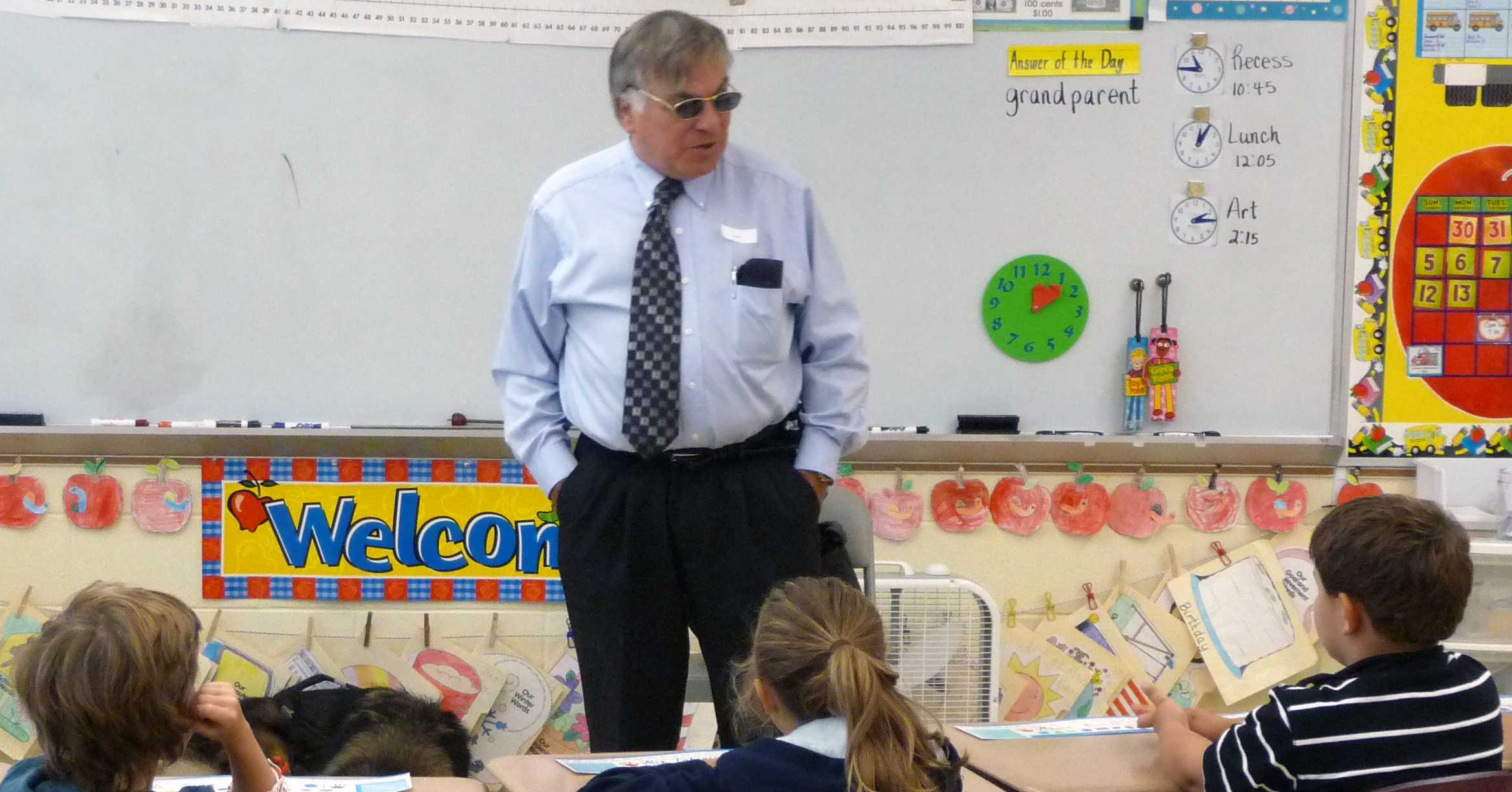 John joined the staff as a Vision Rehabilitation Therapist in February 2008, helping to inspire people to be more confident and independent despite their visual impairment.

Prior to losing most of his sight, John worked for many years in the foodservice industry in both training and management roles. When his vision began to decrease he enrolled in the independent living skills training program at the Carroll Center for the Blind in Newton, MA, where he learned skills to help him remain independent. After completing a fellowship with the Rhode Island Governor’s Commission on Disabilities, he joined the staff at IN-SIGHT. It was this resiliency and determination that helped him to be such a powerful role model for other adults who were dealing with the disruptive effects of vision loss later in their life.

John once said, “When you lose your vision, it’s overwhelming and you think your life is over, so it is great to be able to help my patients overcome the same fears and obstacles I experienced.”

John led by example. Despite the challenges he faced, he continued to work full-time, volunteered his time at the Rhode Island Free Clinic, and served on the Board of the Rhode Island Chapter of the National Federation of the Blind for many years. He was confident, independent, and active – which is how he believed everyone living with a visual impairment should be.

As a registered nurse and a diabetic himself, John became an important resource for people who were both diabetic and visually impaired. John led a popular monthly diabetes support group at IN-SIGHT and provided individual counseling for dozens of people – showing them adaptive ways to check their glucose levels, inject insulin, manage diet, and increase their level of exercise. John also consulted with many other diabetes professionals around the region and was often invited to speak at conferences and meetings.

John was a people person. His engaging personality put people at ease and drew them in. He loved to teach new skills and concepts and spent a lot of time researching topics of interest to his clients. He put together many presentations and workshops over the years that always drew praise from the audiences he spoke to.

John, and his faithful dog guides, were an important and valued part of the IN-SIGHT team. John will be missed by all who knew him. We take comfort, however, in knowing that his memory will live on through the success of the people he worked so hard to lift up.

Participants in our ceramics workshops...