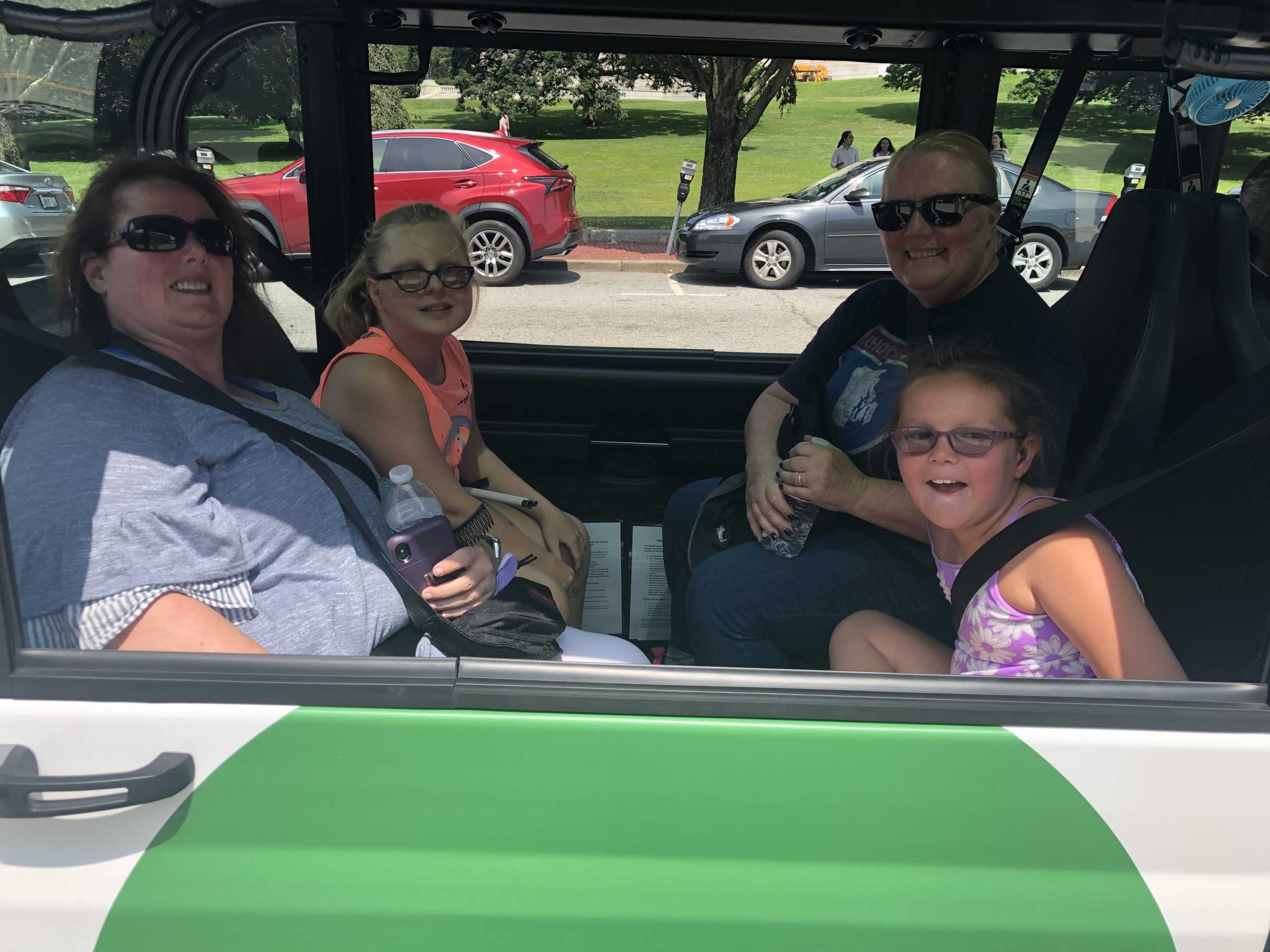 Are driverless cars in our future? Those of us who are of a certain age may remember the cartoon The Jetsons, which among many other futuristic innovations featured vehicles that drove themselves from place to place.

For people living with visual impairments, such an invention would be the key to significantly increasing independence. Imagine being able to simply get into a vehicle, announce where you want to go, and then be taken there without ever having to touch a steering wheel or gas pedal.

Driverless Cars were the topic of a virtual workshop that our Orientation and Mobility Specialist Melissa Mabee hosted in February.

Melissa noted that while these vehicles are not currently widely available, they do exist and are actively being tested in some cities where people are able to order a robo taxi to pick them up and bring them to a location.

For a couple of years the Rhode Island Public Transit Authority (RIPTA) tested out driver assisted autonomous vehicles which transported passengers on a loop through Providence. Our summer campers had the chance to ride in these vehicles in 2019. Each vehicle had a driver who could take the controls in the event of an emergency, but otherwise the shuttle drove itself through a pre-programmed route.

While technology such as sensors, GPS, and cameras, already come standard in most new cars getting to the point where vehicles can drive themselves may still be years away. The technology needs to continue to evolve to a point where the vehicles would be able to handle adverse weather conditions and unexpected obstacles such as a person or object unexpectedly crossing into the path of the moving vehicle.

Quoting an article she read on the topic, Melissa said that “self-driving cars are like humans, they both need at least sixteen years to develop the skills and maturity to operate a vehicle.”

While we may be more than sixteen years away from the Jetson’s vision of the future, it does seem like we might get there someday!